My internship was in community mental health in Victoria’s far south west. I was introduced to the western approach of diagnosis and treatment for mental illness, high risk behaviour and alcohol and other drug misuse. At the same time I connected with the local Gunditjmara people and was privileged to sit by the feet of elders who shared their dreamtime and song lines about enriching health and life. Together we co-created Pathways to Best Practice which included culturally harmonious ways to assist Gunditjmara youth to re-connect with country, community and culture for healing and purpose. The program was highly successful and since this magical time the innate wisdom has lovingly informed both my professional practice and my inner work

One of my deep passions is surfing and during my intern years I began surfing very large waves, often solo and at dark, sharky outer reefs along the shipwreck coast of Victoria. I applied the strategies I was teaching my clients to master fears in their life to my fears in big waves and quickly achieved sound improvement in the quality of my mindset and my big wave riding ability. Along with the purity of personal challenge, I loved the psychological challenge of mastering my fears and exploring every dimension of our human psyche through my activity of passion

In late 1999 I combined my passions for surfing and psychology and became the first psychologist to consult globally on the Association of Surfing Professionals World Tour. From 2000-2004 I travelled and worked with top junior to elite competitive surfers, free surfers and big wave riders. The athletes called me the Surf Psychologist and my pioneering work culminated in my first book The Surfer’s Mind: The complete, practical guide to Surf Psychology

In 2005 I began riding a new wave when I was appointed Senior Psychologist at the New South Wales Institute of Sport. Here I expanded my skillset greatly through collaborative projects with coaches and the sports science sports medicine team and delivering personal and performance psychology services to emerging and national team athletes on world championship, Commonwealth Games and summer and winter Olympic and Paralympic Games campaigns. I also fulfilled several leadership roles including Principal Psychologist for the Australian Paralympic Team at the Beijing 2008 and London 2012 Paralympics

For the last decade I have been consulting locally and globally in a broad range of high performance settings including individual and team sports, extreme, adventure and artistic pursuits, community, family and youth development, education, healthcare, emergency services and all levels of the corporate sector from small business to global corporations. I have also created new offerings such as the LoveMastery mentoring program and published my second book 100 Dawns: A divine entwine of Mother Nature and human nature

Thank you for the opportunity to be in Loving service 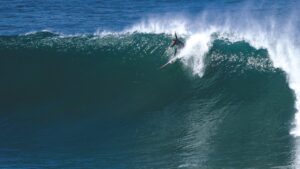 Connection
Momentum
A joyful ride in flow
Intention
Reflection
A deeper self to know...